Cornwall is home to a tremendous amount of wildlife, from agricultural animals grazing the moorland to dolphins thriving along the coastline. We’ve compiled a list of our favourite ones found here, and how you can meet them too!

Dolphins make the top of this list due to their inquisitive and playful nature. The best place to spot these is from the clifftops, or catching a sealife safari from Padstow or Rock. If you are fortunate enough to spot them on your safari they’ll often play in the waves created by the boat and give you an amazing show.

Seals are playful creatures, often referred to as being the dogs of the sea. They are usually a lot easier to locate than dolphins, as they come up out of the water to catch some sun rays lying on the rocks. Sea life safaris, from Rock or Padstow, give you the best chance of meeting these friendly locals.

Otters are incredibly cute creatures, but beware they also have extremely sharp teeth. Hunting on fish are other treats they can usually be found zooming about in rivers. Butterwell Farm, on the river Camel, offers you the best opportunity to meet them.

Kingfishers are one of the world’s most recognisable birds, and for a reason. Their bright colours shimmer in the sunlight making them an amazing spectacle. Your best chance to encounter one of these is walking along one of the many rivers Cornwall has on offer, the Camel Trial in particular has lots of bird hides that you can take full advantage of.

Being a smaller member of the shark family, Blue Sharks often measure around 10ft in length. This allows them to be quicker and more agile increasing their odds against the fish that they hunt. They are mostly found quite a way from the shore, so don’t worry they won’t be interfering with your day at the beach. Therefore, in order to get up close with them many places (in Falmouth and Penzance) offer snorkelling experiences where they take you out to find them.

Cornwall is home to a large amount of wild horses. These graze the moorland and are often found in large hearts. Your best shot at meeting these guys requires you to head up onto Bodmin moor, where you should bump into some pretty quickly. 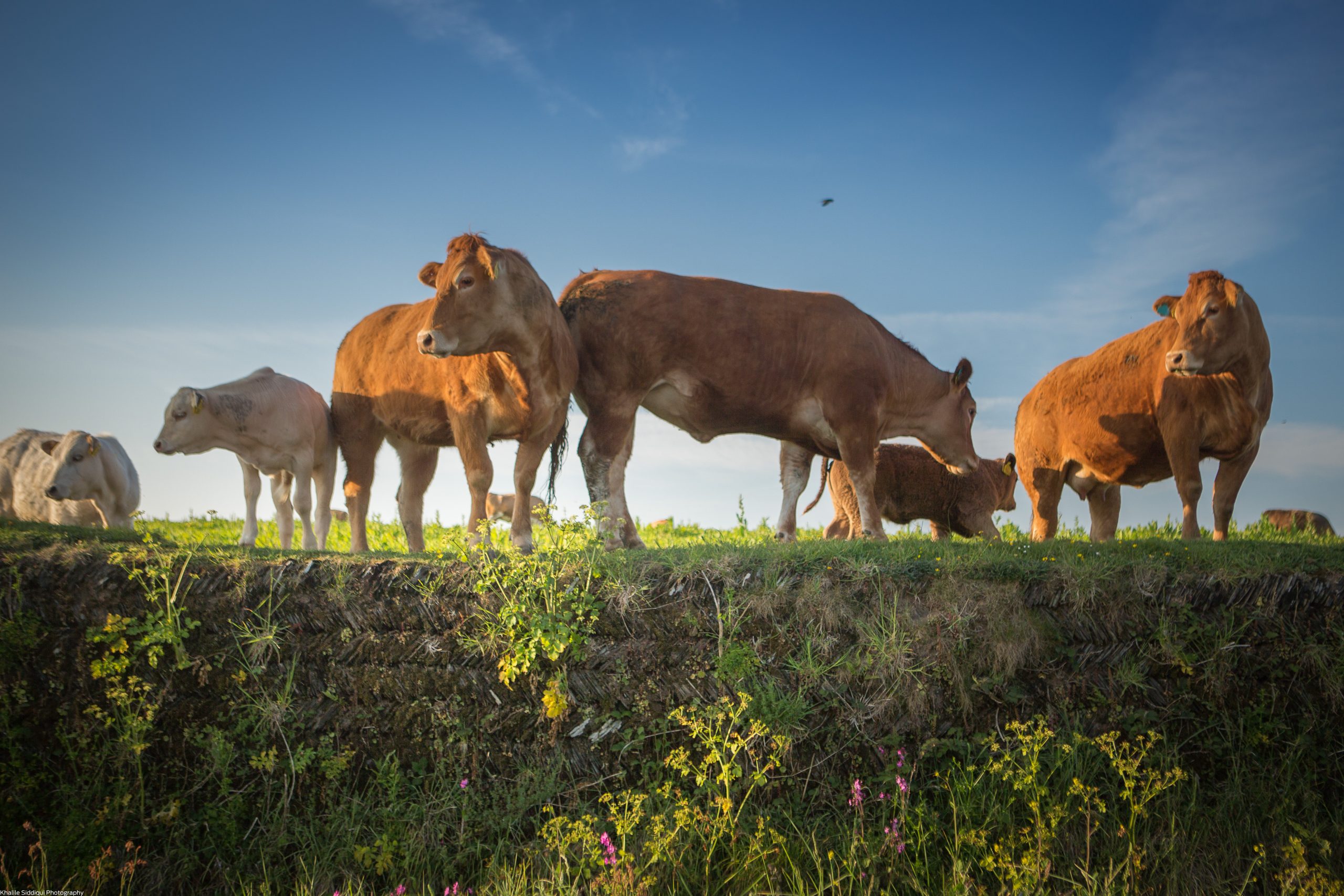 Cows are an essential part of Cornish Agriculture, there are over 400 dairy farmers in Cornwall an Devon! So as you can imagine they’ll be pretty hard to miss on your visit. Diary cows can seen in their fields and other types of Cow can also be found up on Bodmin Moor.

It’s hard to go anywhere in Cornwall without being able to see a Buzzard circling in the distance. These large birds of prey hunt the small mice and rabbits found in fields. To maximise your chances of seeing one, I would recommend heading out to the more rural locations Cornwall has to offer.

Basking Sharks are the largest known species of shark, in British waters. However, they are completely harmless only feeding on plankton – they don’t even have any teeth! They patrol the British coast from April until October, but they best chance you have of seeing them is around mid-May to July. I’d recommend getting a sea safari as they’re found pretty far out.

A post shared by U.S. Fish and Wildlife Service (@usfws)

A familiar fan-favourite the Goby, is a small fish that’s often found dwelling in rock pools. They will be immediately recognisable to anyone who has been rock pooling before. In order to meet them you’ll need to take a trip down to a beach, preferably one with good rock pools (such as Trevone).
Browse Cornish Holiday Cottage Properties
This website uses cookies to improve your experience. We'll assume you're ok with this, but you can opt-out if you wish. Cookie settingsACCEPT
Privacy & Cookies Policy